I want to use a few examples from recent media chatter to discuss the perils of women giving men passes for EVERYTHING!!! Men do NOT settle! Men go after jobs and partners they don’t deserve and are unqualified for ALL THE TIME. Extreme social conditioning amongst dysfunctional blacks browbeat black women into accepting crumbs and thinking it’s a meal. Enough!

There is a growing trend in the United States towards assortative mating — a clunky phrase that refers to people’s tendency to choose spouses with similar educational attainment.

A media storm erupted in the Spring of 2013 when a Princeton alum, Susan A. Patton, president of the class of ‘77, offered the following advice to female students: “Here’s what nobody is telling you: Find a husband on campus before you graduate.” Writing in The Daily Princetonian, Patton went on: “You will never again be surrounded by this concentration of men who are worthy of you.”

One implication of assortative mating is greater household income inequality, since education is a strong — and strengthening — predictor of earnings. Households with two college graduates multiply that earnings power by two and are doing much better than households with less-educated couples.

Race is a factor in patterns of assortative mating. Black women face more difficult “marriage markets” than white women, given current rates of intermarriage according to work from University of Maryland sociologist Philip N. Cohen. Black women have the lowest rates of “marrying out” across race lines, in part because of racist attitudes [My reply: it’s the result of strict social conditioning amongst African Americans in particular] to inter-marriage.

One of the reasons I skip over a lot of these black people gossip story items is because people almost always are acting foolishly. I saw on my feeds that actress Tia Mowry-Hardrict had posted some “stay away from my man” nonsense to actress Keke Palmer ON TWITTER of all places and then deleted it. Palmer recently completed a project with Tia’s husband, actor Cory Hardrict.

Here’s Keke’s interview on Wendy Williams were she discusses her career, current project and clarifies the matter. She’s very bubbly and friendly, though likely nervous because she was talking fast at elevated levels.

It was a big mistake for the 36 year old Mowry-Hardrict to show her insecurities on social media in “calling out” a 21 year old. She made a previous public gaffe in discussing a negative exchange she had with another actress, Charlize Theron last year. Secondly, the person who needs to be checked is that loser husband she’s married to. He should have handled it if there was anything inappropriate going on on Keke’s end.

I’ve shared on the blog Facebook page Tia’s husband is a mostly out of work actor. Tia and Tamera picked him up at a bus stop after a shoot (albeit he had acted on a project with them) and they began dating. They got married in their 20’s.

Hindsight is 20/20. Yet during this time Tia and her sister graduated from Pepperdine University while pursuing their entertainment careers. Hers is the bigger name and she works far more consistently.  The troubling aspect is Cory bragged on an urban radio that his wife married a man with potential and how more black women should keep that in mind. The thing is he has yet to to connect the dots between potential and actually accomplishing something.

Going back to that Brookings study and general observation, it seems this is one of those relationships where the woman married down. 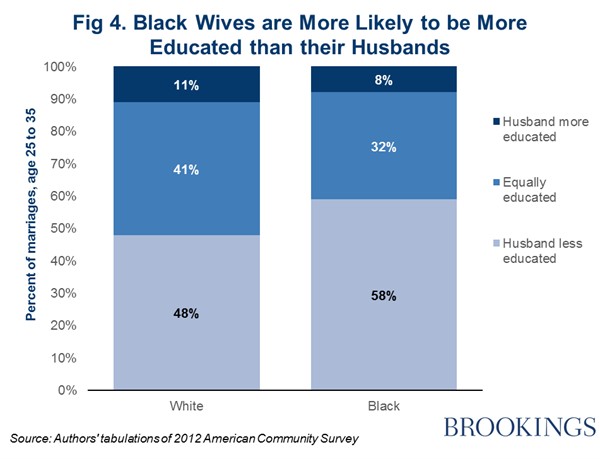 Tia’s overreaction on social media lends to speculation that her husband may have cheated before. They’ve been together for more than a decade and she waited a long time before having a kid. If you watched the Mowry’s cute reality series they showed her struggles in having to return to work six weeks after giving birth. It’s hard for a woman being the main or only breadwinner and that dynamic between black couples (note Tia and Tamera are biracial) is that much more skewed. Nothing’s changed for them but that they’re getting older.

Contrast this with Melissa Harris Perry and husband are paying off a $70K tax lien vs. Kimora Lee Simmons welcoming a son with her new husband vs. Titi Branch’s sister blaming the boyfriend for her suicide. Titi seemed to have a leeching male adding unnecessary strife to her life. Then there’s the latest legal maneuvering from black male rappers, ballers, actors, etc. to alternately claim “poverty” to get out of paying equitable child support AND pursuing sole custody to get out of it entirely. See: Tamika Fuller.

I don’t know that the Hardricts ever put a timeline on his acting career trajectory, but if he was gonna make it “big” shouldn’t it have happened by now? Is there something preventing him from pursuing another career and keep acting as a hobby? The main question is whether they could support themselves financially on his income alone. The sad thing is he can walk away with most of HER money at any time now because they live in California and he’d probably be able to claim spousal AND child support. That’s not “romantic” to think about, but the reality is if you marry and support an underachiever, thanks to societal gains we’ve argued for women are left in the lurch financially.  Who knows if she was shrewd enough to make him sign a prenup? I’m not going to be married to man who doesn’t add value AND who has me struggling financially.

Meanwhile,  Tia’s sister Tamera married a man about three years ago with an established career, educated, who also comes from family money (a Napa winery), and is currently pregnant with their 2nd child. And she’s now co-hosting a talk show after an acting hiatus. Tamera’s life seems much more carefree overall. Women who marry men of means and skills are more able to build generational wealth. At the end of the day, this is still a patriarchal society. Black women who limit themselves will be left in a lurch. The onus is on men to produce.

Copyright © 2023 Management Affair. All rights reserved. Reproduction in whole or in part without permission is prohibited.